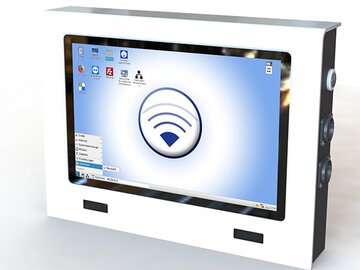 The WLZENT control computer is an in-house development based on a LINUX industrial PC with an intuitive user interface. By using the LINUX operating system, there is more security against cyber attacks as well as less maintenance effort for updates. The WLZENT is housed in a functional, service-friendly wall-mounted enclosure with integrated TOUCH screen and is intended for installation in a permanently manned central location in the building.


Further information on the WLZENT